It’s not just MASS that’s celebrating a Silver Anniversary this year. Our ‘chosen charity’ for 2015/16, BIRT has a big birthday too!

So we’re handing this page over to them so they can tell you a bit more about what they are doing to mark their 25th Anniversary. 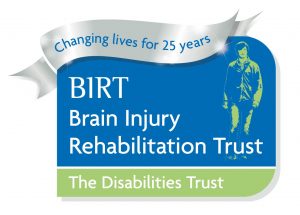 As part of the BIRT’s 25th anniversary celebrations, we are featuring a selection of case studies which highlight some success stories from within BIRT services:

BIRT has released a new limited edition publication to mark its 25th year in brain injury rehabilitation. ‘Changing Lives‘ is a full colour booklet which includes:

You can get a copy of ‘Changing Lives‘ from any BIRT centre. Alternatively, request a copy by post using the form on the website.