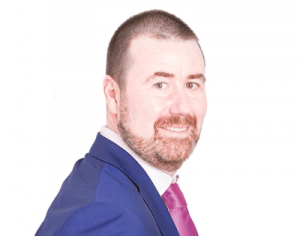 Brian is a Solicitor and Partner at Digby Brown LLP – and MASS Regional Co-ordinator for Scotland. Here he looks at the implications of Brexit on the victims of RTAs

They say it is good form to avoid discussing politics or religion at a dinner party. I pondered whether I should apply the same advice when composing my maiden blog as the newly appointed MASS Regional Co-ordinator for Scotland, but I couldn’t resist visiting the hot topic of the UK’s decision to Brexit last month.

It is a decision which will have many effects, some predicable, some less so. For this piece, I am going to focus on the likely impact I fear it will have on road traffic accident victims going forward.

From a personal standpoint and as a practising claimant personal injury lawyer for over 20 years, I didn’t need to be convinced of the benefits of EC membership to injured clients. The welter of legislation upholding workers safety; the creation of a level playing field for compensating victims of uninsured drivers across EC member countries and the introduction of what was pretty radical legislation (Rome II) allowing accident victims of road traffic accidents abroad the choice and convenience of commencing Court proceedings in their domestic Court are but three positive examples of good things to come from our membership of the EU. Along with many others, I need to accept that my preference to stay within the EU was a minority one in terms of the vote on 23 June, but I can’t help but worry about the impact that decision is going to have in terms of injured claimant’s rights in years to come.

Of course, the present Government post-Brexit is unlikely to introduce primary legislation to reverse claimant-friendly legislation immediately – for one, it would be difficult to see the justification for doing so – the worry is rather that over time and without the benefit of the overriding Directives being the baseline of minimum required standards, the present position slides as new situations come before the domestic Courts. Look at our current MiB Untraced Drivers Agreement and the 2015 revisals which were deemed necessary following the Court decision in Delaney That case recognised that UK road traffic legislation as had been framed was incompatible with the EU Motor Directive and that the resultant effect of denying an injured road traffic passenger of entitlement to compensation for his injuries was unlawful. Will we lose the right to Delaney type decisions going forward?

In the short term, and for my road traffic lawyer colleagues in England & Wales, the political fall-out following Brexit is likely to give them some respite from the onset of proposed changes to the Small Claims Limit and the proposed removal of the right to seek compensation for minor soft tissue injuries as signposted by the Government. A White Paper with legislative proposals was promised to materialise after the Referendum and although that has understood to have been written, its release date is surely likely to be delayed given all the political turmoil in Westminster we are witnessing just now.

Amongst the many ministerial changes over the last few weeks one of particular interest is the appointment of Scottish Peer Lord Keen of Elie QC (Richard Keen) as a Justice Minister and MOJ spokesperson in the House of Lords, with a remit including claims management regulation, legal services regulation and relations with the profession. Given his Scottish background, a number of English colleagues have asked my views on the appointment. All I can say is that his strong reputation precedes him but he was not known for involvement in much if any personal injury work during his time at the Scottish Bar. The jury is out at the moment I think it is fair to say.

As well as some time for pause and reflection, I wonder whether any delay in the publication of the White Paper also presents opportunity for claimant lawyer groups (including MASS) seeking to protect and uphold the rights of injured road traffic accident claimants?

I recently attended the excellent Modern Claims Conference (in Manchester) and hope I wasn’t alone in detecting signs of the insurance lobby (finally) waking up to many unintended consequences of the Government proposals as they stand which frankly are not going to achieve desired ends and are highly likely to make things a whole lot worse. I do hope that some meaningful dialogue can happen now and before the publication of the White Paper whereby claimant lawyer groups and the insurance industry can find matters of common ground and reach consensus on areas which might just conceivably satisfy all stakeholders in the road traffic sector; achieve the desired ends (principally eradicating fraudulent claims, a specific aim which we all share) and avoid the draconian Government proposals as they have been touted which are going to penalise genuinely innocent injured road traffic victims.

There can I think be sensible discussions around the small claims limit and also how to treat cases involving first notification of road traffic injury claims where they are made very late in the day. I am also in no doubt that if the insurance industry are serious about eradicating fraud, then agreement has to be reached to finally outlaw the practice of pre-medical offers being made to injury claimants. That commitment, more than any other one thing would be a huge step towards weeding out fraudulent claims.

We need to see a serious commitment from insurers to end the practice now (rather than just paying lip service to the idea) and ensure that fair and appropriate compensation is paid to road traffic claimants based upon the extent of their injuries suffered and as evidenced by a medical report.

As a claimant lawyer you have to be an optimist, so I continue to live in hope…….