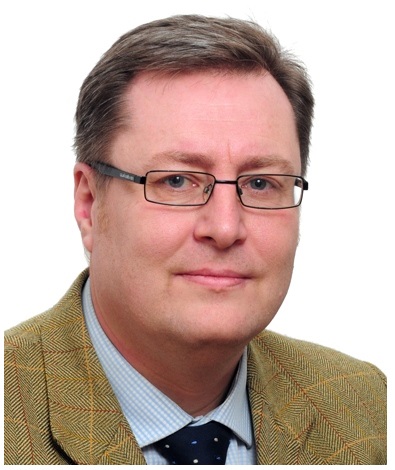 UK law has seen some drastic changes in the last few decades. With the advent last year of the celebration of 800 years of the Magna Carta, alongside the installation of a second successive non-legally qualified Lord Chancellor as the head of our legal system, that very same system has seen seismic changes. Many feel that the changes have been too severe, are unfair, and are actively designed to prevent access to justice.

‘Access to Justice’ were buzzwords heralded by the then Lord Chancellor’s Department, now repackaged and repurposed as the ‘Ministry of Justice’ – a moniker I always think sounds better in the world of the futuristic Judge Dredd.

The bizarre and rather ironic fact is that ‘access to justice’ was squeezed in as a sweetener to the removal of civil legal aid. The purported level playing field was there to ensure everyone could have access to law, not just the very poor on benefits, and their entitlement to state aid, or to their polar opposite, the very wealthy. The thin gruel of funding for the few in the middle via union funding, and relatively new invention of Before The Event Insurance, gave way to ‘success fees’, ‘Conditional Fee Arrangements’ (CFAs), and the new boy to the market ‘After The Event Insurance’, the product so derided by insurers, and offered for sale quite often …by the very same insurers.

The Government were fed up with rising legal costs, and in a swoop pulled the rug from many. If solicitors and barristers wanted to have a go, they could – and they’d pay for it by receiving no fees if they lost, and insurers would pay for costs in the event of a claimant win. The winners would pay for the losers…. apparently. Or at least that was the idea.

Five successive attempts at CFA legislation led to the regulations being scrapped, and numerous satellite litigation abounded alongside on all other manner of issues – mainly in relation to costs.

The White and Green books of many years were mothballed with the introduction of the Civil Procedure Rules (CPR). I recall being issued with loose leaf files as the rules hadn’t been finalised properly at the date of inception, and told that further pages would follow. The simplification of the system was farcical. More satellite litigation. I recall turning up to court with a brown coloured version of the CPR, opposing counsel’s tome was green, and the judge had a white copy. At least the loose leaf folders had gone. Everyone had just got over the abolition of the hateful Order 17 r 11 (automatic direction strike out) and ridiculous £2,500 CRU exemption rules. Redgrave Factories Act was consigned to the round filing cabinet under the desk, and ‘six pack’ regulations were just bedding in – and we all had to decide which version of the CPR we should be using as the footnotes were different along with the page numbers.

So, things began to settle down, and senior and retired judiciary began to tell us all we were earning far too much money – yes, those silks – the ones that weren’t terribly cheap when they were in practice. Some of the same judiciary decided that lawyers should really get a grip, and that the rules weren’t quite severe enough, so decided to bring in Taliban-stlye edicts. If you delayed, there was no more cake to be eaten, the guillotine was in, and Mariantoinette’s head had gone.

Now we’re in a new and frightening era – computerised portals, slashed fees, budgeting. Success fees are paid not by the insurer, but by the client, ‘small claims’ are to be ‘slightly’ increased from £1000 to £5000 – and because the costs of litigation are apparently too high, the government has increased court fees by up to 600%, with a further increase in funds in the offing.

In a cynical move, the MOJ recently decided to hit two the most vulnerable areas: Family Legal Aid has now all but gone, large employment court fees have been introduced, causing a mass cull of representation in those areas and chaos in the courts and tribunals. Divorcing couples now have to pay a whopping £410 court fee – and that’s about to rise again to £550.

Criminal lawyers have had no rise in fees in 20 years, and have had their fees slashed by 17.5%. The first ever strike by criminal lawyers took place just a few years ago, and I was proud to stand shoulder to shoulder with the members to show my support.

Court buildings have closed, are closing and being sold, and solicitors are becoming bankrupt. Things have never been worse, but unfortunately the landscape isn’t about to get any easier.

So why continue? What’s the point? Well, frankly, this job is the very best, and very worst job in the world, depending on the result for your client, and the next bombshell, and, mark my words, there are plenty of both around the corner…