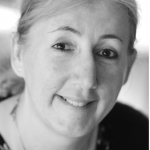 In February 2017 the Lord Chancellor announced changes to the discount rate used in the calculation of personal injury claims would be reduced from 2.5 per cent to minus 0.75 per cent, with effect from 20 March 2017.

To an impartial observer, this may look like a relatively minor tweak to a small detail but, for those who have sustained serious injury, it is important news carrying significant impact.

Why? Well, because without this adjustment in the way lifetime compensation awards are calculated, the assumption held that lump-sum investments would benefit from a 2.5 per cent annual interest rate. Consequently, if it was deemed that a claimant needed nursing care that would cost in the region of £20,000 per annum, the final sum awarded would be reduced to reflect calculations based on a 2.5 per cent return on investment. However, in the real word, nursing costs were rising faster and higher than inflation while interest rates had fallen to an all-time low — with the result that the value of investments was decreasing in real terms. It was becoming extremely difficult to eke out much-needed compensation over the claimant’s lifetime and there was a realistic chance that the money would simply run out.

Faced with the prospect of insufficient funding to cover their needs, some claimants were even driven to switch into riskier investments in a bid to claw back the money they needed.

Our insurance system exists to make sure an individual injured by another’s negligence is returned as far as possible to the position they would have held had it not been for their injury — and it is a system of which we should be proud. By paying our insurance bills, we all contribute to this system, safe in the knowledge that it will offer us the support we need should the worst happen. Insurers can, and do, test our claims, while my George Ide colleagues and I strive for claimants to be awarded a fair settlement – if insurers and lawyers cannot agree, the courts are there to make a fair and just decision.

Mrs Truss’ injury case discount rate adjustment will help ensure our claimants’ compensation retains value throughout the months and years to come. In a stroke, the Lord Chancellor has corrected a situation that was causing genuine hardship and worry for vulnerable claimants whose very real needs resulted directly from their injuries.

This blog has also appeared in the Chichester Observer