What could be more topical as a blog article than Boris and Brexit? Well, sorry to disappoint, but I am going to reflect on the subject of Boris and Bikes and not Boris Bikes but Bikes and Boris’s statement regarding their riders back in 2012 during Mayor’s Question Time.

“I’ve seen a figure, I think, of 62%, which is the high proportion of cycling KSIs [Killed or Seriously Injured incidents] that are associated with some infraction by the cyclists themselves of the rules of the road” were his reported words.

In true Trumpesque fashion he was criticised as to the veracity and lack of source for his statement. The obvious fact checking then followed.

It was suggested that the Department of Transport’s statistics gathered as to “Contributory Factors” in respect of reported accidents attended by a police officer would be a more accurate indicator. 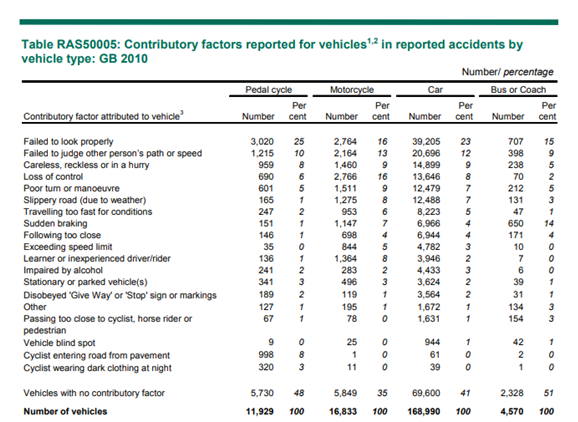 Also the Transport Research Laboratory conducted a study in 2009 examining the causes of collisions involving cyclists between 2005 and 2007. That study found that from a total of 7,366 cyclist casualties, 2984 of those casualties were considered to be a contributory factor in the accidents concerned.

So Boris’s figure of 62 per cent remains questionable and it has been suggested that he obtained the information from a member of the public. Possibly the same person who recently supplied him with the dubious kipper.

Boris and his loose use of statistics is not however the point of this blog. It has been a preamble to establish the fact that cyclists are indeed at fault in many accidents in which they not only suffer serious bodily injury to themselves but quite often cause damage and injury to other cyclists, pedestrians and innocent motorists.

This causes me to ponder why there has not been any traction gained into various suggestions that a system of compulsory third party insurance should be introduced for cyclists. The question has recently been raised in the recent case where a judge made a split liability award against a cyclist who struck a pedestrian at a traffic light which was showing green at the time of the collision. Social media then kicked in to raise money to pay the costs and damages on behalf of the cyclist.

Is this really how we want the victims of Road Traffic Accidents to be arbitrarily compensated?

Finally, I leave you with an extract, which I find slightly contradictory, from “British Cycling” website.

However, unfortunately incidents do happen, and they can vary a lot in terms of seriousness and which party is at fault. We know that the most important thing for our 160,000+ members, the majority of whom ride their bikes most days, is peace-of-mind liability cover and knowing they have the support of a first-class legal service, should the unfortunate happen.

The message I am hearing is “I’m alright, Jack but you are screwed if you have an accident which is your fault and are met with the attendant costs because you didn’t choose to become a member of our club”.

In my humble opinion it makes senses that all cyclists be insured. Where the debate goes we will have to wait and see.

Diarmuid McKeown, author of ‘Boris and Bikes’, is Principal Solicitor at McKeowns Solicitors and MASS Regional Co-ordinator for Northern Ireland