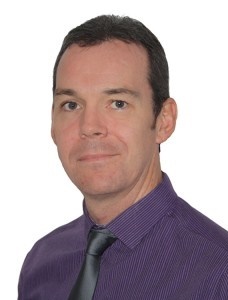 Peter Adlard – Regional Co-ordinator – Merseyside and The Wirral/Account Director at Carpenters, Birkenhead (currently seconded to Hebble Law) believes that CMCs in the Personal Injury market are very much here to stay. There is only room for those that adhere to professional and ethical standards though and effective Regulation could well be the key!

The CMRU annual report published in July this year reveals another shift in the CMC personal injury market. The headline figures speak for themselves. Whilst in decline, the report demonstrates that the market is stabilising and adjusting to the major civil Justice reforms introduced in 2013.

Despite the sector being “the smallest it has ever been since the early days of regulation in 2007”, the rate at which this has occurred has slowed” reports the CMRU.

The modern day CMC has in all reality reinvented themselves. Some no longer apply for Regulation in the market at all joining forces with solicitors to work in compliant ways in complex marketing schemes and other referral methods without the status of being called a CMC.

The remaining CMCs are consolidating to become larger entities. They are crossing into the industrial deafness markets so the income in the sector is rising disproportionately to the actual number of CMCs. It is imperative that the CMRU take a tough line as they promise on CMCs seeking leads to pass to solicitors for such claims. The CMRU introduced new conduct rules in October 2014 which strengthened requirements around submitting claims ensuring leads are legally obtained and claims properly substantiated before being submitted. It remains to be seen whether this will have much effect.

The number of CMCs is only likely to increase again now the market has stabilised. The smaller CMCs who froze when LASPO was first introduced have now found compliant models for referring claims again and confidence has grown regarding how to avoid LASPO breaches when referring clients. It is unlikely that the CMRU’s new powers to impose financial penalties introduced in December 2014 for Rules breaches will put off new entrants to the market although an increased number of audits have taken place in the past year.

The income in the sector is likely to continue to rise as new CMCs re-enter the market and existing CMCs continue to consolidate and grow. The CMRU reports that not all of the CMCs will be farming personal injury claims though. They say that for some, “the main focus of their business is on providing services ancillary to personal injury. Other accident management activity including vehicle recovery, storage, repair and hire, has been proving more profitable than injury claim services.” Only time will tell but it would appear the personal injury CMC is going nowhere for now.

The government intend to scrutinise the regulation of CMCs which will be led by Carol Brady, chair of the Chartered Trading Standard Institute’s Board. The review will report to HM Treasury and the MoJ in early 2016. We will need effective Regulation to ensure professional and ethical standards are met and maintained.