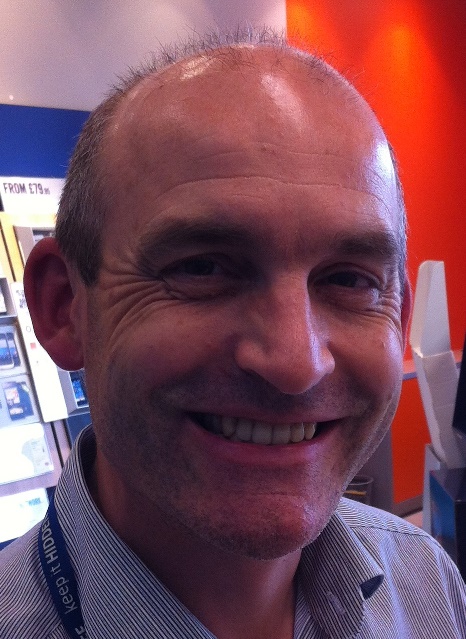 Roger Henderson, MASS Regional Co-ordinator for the South West and Fatal Injury Claims Partner at Lyons Davidson, Plymouth, reflects on days gone by when there seemed to be more time to do things and people had time to talk to each other …

Whilst chatting with a friend at the MASS Conference a few months ago, we started reminiscing about our early days as articled clerks some 25 years  ago and how the profession has changed.

It may still be the same now for trainee solicitors but, ‘back then’, articled clerks were dumped with any cases their fellow colleagues did not want to take on under the pretence “it will be good training to cut your teeth on this”. Accordingly, an average day could include anything from fiercely entrenched boundary disputes arguing over 5cm of  fence line, recovering unpaid bills for the practice from unhappy clients or attending 20 mortgage possession hearings in a morning as ‘agent’ for heartless mortgage corporations.

Endless hours would be spent at the fax machine ensuring (and praying) that a 72 page fax went through successfully by the 4pm deadline, whereas now that same document would be sent by email in a nano-second.

As an articled clerk or newly qualified solicitor, weekend nights were  frequently  interrupted by call-outs to the local police station at 2am to assist the firm’s most prolific criminal client whose alcohol/drug induced first question was invariably ‘Got any fags?’.

Another chuckle emanated from my friend when we looked back to being sent off to the Royal Courts of Justice, London, to endure our first appearance before a Master whose sole objective, it appeared at the time, was not to dispense justice but to strike maximum fear and embarrassment  into any ‘green’ practitioner appearing in the bear-pit.

My friend and I got on to discussing District Judges and how, years ago, they had more time to chat, both during and after hearings. Business then seemed to be conducted with more politeness and etiquette as there just seemed to be more time to do things and people actually had time to talk to each other.

It occurred to us that modern day trainee solicitors would probably be oblivious to ‘old’ technology such as fax machines, manual typewriters with ribbons which bashed away with ear piercing decibels and that the ‘cost department’ was invariably the newest articled clerk who would have to laboriously prepare a bill by totting up 5 bar gates on a scrappy bit of paper.

We reflected on how things are for someone entering the profession today. Much more streamlined operations, increased use of technology, more demanding service standards and tougher financial budgeting and targets would appear to be the order of the day now. While practicing in increasingly specialised areas is very commonplace now, we debated whether this was at a cost of restricting the breadth and experience of skills acquired in days gone by.

Whilst modern practices and technology have to be embraced and undoubtedly assist  today’s law firms, I’m sure I’m not alone  reflecting on those pre-computer and pre-social media  times when I say “Those were the days!”