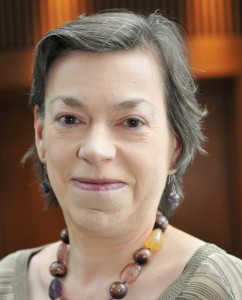 Q Has the industry changed drastically since you started working in it?

A It certainly has. I started doing personal injury litigation in the early 1990s, when claims were funded either by legal aid, by trade unions, or through before the event legal expenses insurance. For anyone who couldn’t fund their claims through any of these methods, bringing a personal injury claim was simply unaffordable until 1995 when the first set of CFA regulations were introduced, although of course the major sea-change in funding came into place in 2000 when the Access to Justice Act 1999 in effect plugged CFAs into the hole left by the withdrawal of legal aid for personal injury claims. And the pace of change on the funding side seems to have increased exponentially ever since.

The other major change has been in the tightening up of the litigation process in the courts. When I started doing this work the only date you really had to worry about was the expiry of limitation, and provided you got your writ (as it generally was in those days when most PI litigation was in the High Court) issued within three years you didn’t have to worry greatly about the court process, unless it was one of the few cases that had to go to trial. Order 17, rule 11 of the County Court Rules enabling the court to strike out claims that solicitors did not set down for trial promptly, and subsequently the introduction of the pre-action protocols and active case management by the courts through the Civil Procedure Rules, brought about a massive change in the nature of the job.

Q What has been the key positive or negative impact of change in your area of the market?

A Of the two elements mentioned in response to question one, the introduction of CFAs with full recovery of additional liabilities was hugely beneficial to personal injury claimants, not only for the obvious reason that it meant they could keep 100% of their damages and be protected against adverse costs, but because it was a regime that enabled lawyers to take on meritorious but difficult cases because the higher success fees recoverable in these cases justified the risk of losing and recovering nothing, and because across the board you could afford to lose a few cases. One of the things that worries me about the current fixed fee regime is that it is difficult for lawyers to justify taking on difficult cases that they are likely to have to fight all the way to trial, and may lose, because doing this can make the business unprofitable.

On the tighter case management that has resulted from the changes in court rules, I don’t think there is any doubt that on balance it has been beneficial in improving the way PI lawyers manage their caseloads and means that claims are dealt with more efficiently and professionally, and are generally settled earlier.

Q Who inspires you and why?

A Not sure I can answer that since the word “inspires” suggests some action on my part in terms of emulating the person doing the inspiring. There are many people I admire, ranging from Mandela and Ghandi to my predecessors in the MASS chair role, but I don’t think I could claim to have lived up to the example set by any of them!

Q Have you had/got a mentor? If so, what was the most valuable piece of advice they gave you?

A Not a mentor as such but when I started doing PI I worked with a young woman who had been trained by old-school PI lawyers. Her advice was always along the lines that you should make it easier for the other side to settle the claim than move it on. Ask them difficult questions and generally be a pain in the neck so that they want to get rid of you.

Q If you were not in your current position, what would you be doing?

A I would probably still be working at the National Theatre. I had a lovely job there, running the Green Room (the backstage bar), which essentially involved spending my days chatting to actors, writers, musicians and other people involved in both the technical and creative side of putting on plays. I reached a point where I felt that if I did not leave I would become completely institutionalised and spend the rest of my life there. My customers and colleagues were a little bewildered when I announced an intention to leave and become a solicitor.