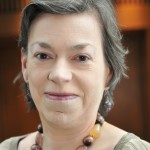 Responding to the publication of the Insurance Fraud Taskforce’s report, Sue Brown, Chair of MASS, said:

“While the IFT considered and commented on some important issues, for example, in relation to how insurer behaviour contributes to the public mistrust of insurers, it is a pity that the opportunity to have a genuine cross-industry debate was missed as a result of the insurer bias on the main taskforce. This bias is clearly reflected in the final report.

It is even more of a pity that the IFT’s recommendations to address fraud whiplash claims become irrelevant against the background of the Chancellor’s Autumn Statement which announced an intention to ignore the distinction between fraudulent claims and injured accident victims and simply exclude all those with whiplash injuries from claiming damages.”

wanted firm to join MASS to contribute to the campaign against the recent proposals and other challenges the profession faces, as well as being able to show firm's quality and expertise through the MASS brand