Following the House of Lords’ Committee Stage debate (Wednesday 23rd July) on Clause 45 of the Criminal Justice & Courts Bill about introducing the concept of “fundamental dishonesty”, MASS said the new power has the potential to create more problems than it seeks to solve. The Bill gives courts the power to dismiss a whole claim if the court is satisfied on the balance of probabilities that the claimant has been “fundamentally dishonest”.

MASS and its members completely agree that fraud and deliberate exaggeration must be tackled and addressed wherever it is found. However, we are concerned about introducing the concept of fundamental dishonesty where the standard of proof is the balance of probabilities. The definitions of the terms used will be widely open to interpretation and will require a great deal of clarification if injustices and inconsistencies between cases are not to occur.

Some cases of fraud will be easy to identify, but others may be as a result of misunderstandings, lack of information or genuine errors. Other cases may contain an element of exaggeration that is contested, potentially risking the entire claim if found against. Exaggeration could also become a standard defence by defendants, possibly leading to not only no compensation, but also liability for the defendant’s costs, in excess of the notional value of the claimant’s genuine claim, if Qualified One-Way Costs Shifting (QOCS) protection is lost. Some cases of exaggeration may pit the levels of pain claimed by accident victims against those of a defendant’s medical experts. It is extremely difficult to determine who is right.  We would also be very concerned at the potential lack of justice if the findings of fundamental dishonesty were to be reached via procedural applications without oral evidence. This could mean a claimant being found to be fundamentally dishonest by the court without having the opportunity to defend themselves.

Amendments were also added to the Bill banning inducements. MASS strongly believes that inducements should be banned when their purpose is to entice someone to claim using that particular solicitor.

But we also believe that solicitor firms should be allowed to provide assistance to claimants, be it financial or otherwise, once within the claims process. Some firms give or lend electronic devices or mobile phones to claimants with complicated claims so that they can keep in regular touch, keep a record of expenses, schedule medical appointments and other related activity. We believe that it would be to the detriment of some claimants if such a practice was caught within a ban on inducements. Legitimate advances on anticipated damages where there is no dispute on liability and the claimant is unable to work and in financial need must remain permissible, as they are currently. There are also potential issues around what might be considered legitimate benefits, but which are not advertised, such as discounted success fees, free ATE insurance, offering to fund disbursements win or lose. MASS looks forward to working with the Ministry of Justice on implementing a workable ban on inducements and await with interest the publication of the detailed regulations. 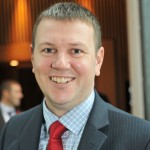 “No defence can be made of outright examples of fraudulent and deliberate exaggerated claims, but as the ‘fundamental dishonesty’ powers are drafted, there is the potential for all sorts of otherwise legitimate claims to be unjustly thrown out.  The courts will require much greater clarification of the powers if injustices are to be avoided.

We’re pleased that inducements to entice someone to claim are finally to be banned.  We do not believe that it can be considered professional or ethical to offer cash promises of up to £2000, shopping vouchers and even free iPads to attract new claimants.  However, we are keen to ensure that some legitimate assistance to claimants can continue to be provided.”

Notes to editors:
MASS is a non-profit making national association of solicitors who specialise in road traffic accidents, representing the accident victim.  Formed in 1991, MASS promotes the highest standards of legal services through education and representation in the pursuit of justice for the victims of road traffic accidents.  MASS comprises 150 solicitor firms that employ over 2,000 legal staff, throughout the UK.  Collectively member firms conduct in excess of 600,000 road traffic accident personal injury claims each year.

The victim, and what is in their best interests, must remain at the centre of the debate.   Our goal in this debate is to both protect the rights and interests of consumers who are victims of genuine road traffic accidents as our constitutional objective.