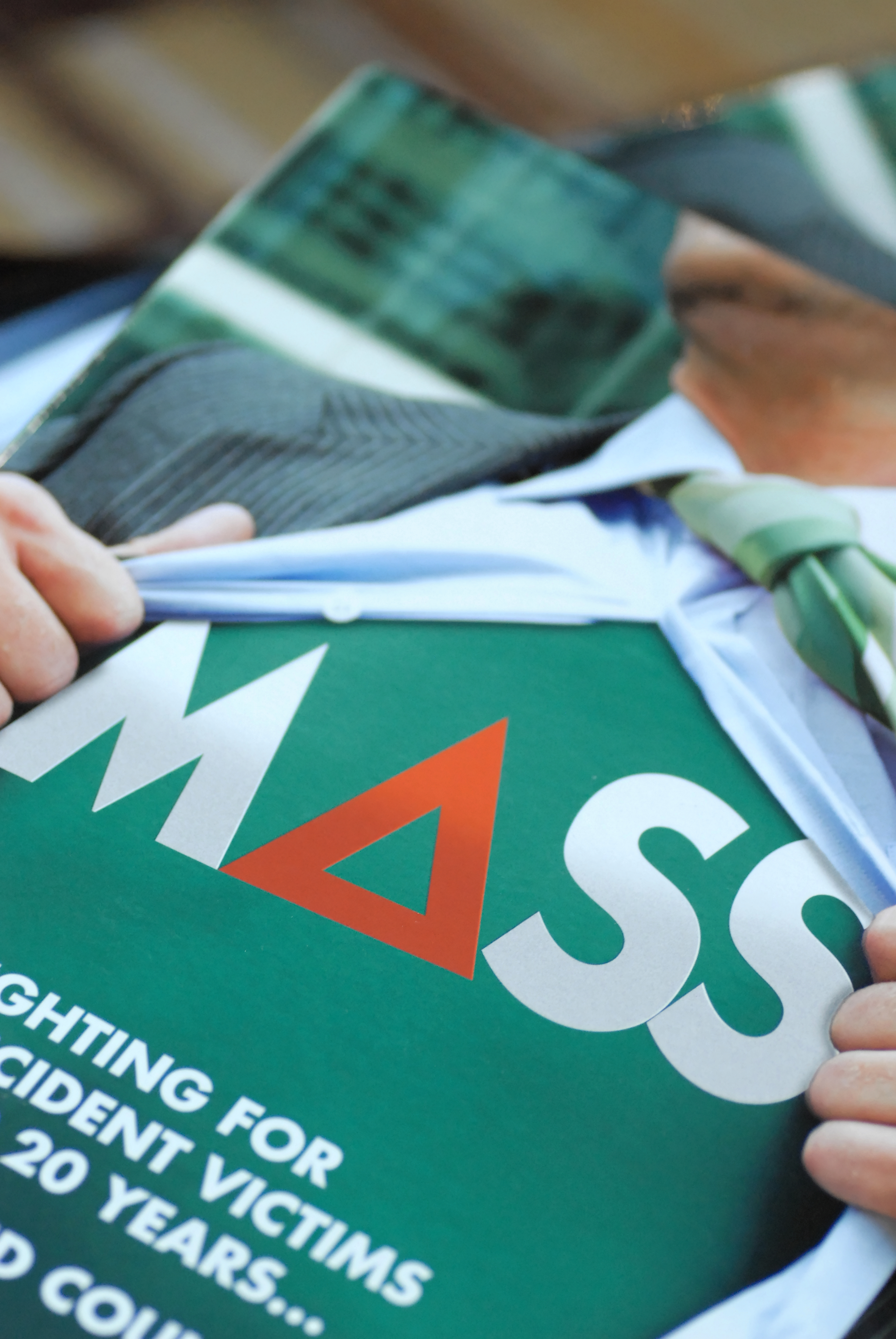 One of the benefits of being a member of MASS is for individual law firms to have a voice and be represented in discussions with decision makers.

Through our extensive knowledge and experience, MASS is widely recognised as being the ‘leading authority’ in all aspects of RTA law and claims handling. Consequently, we are regularly invited to meetings and discussions with the Ministry of Justice and other relevant authorities including the Civil Justice Committee and Solicitors Regulation Authority.

We represent claimant solicitors on the boards of MedCo and Claims Portal, both organisations we helped to establish. We have led on initiatives around greater co-operation across the sector, directly negotiating with insurers, which has resulted in significant improvements in data sharing initiatives to target fraud, including the establishment of the ‘askCUE’ PI enquiry service. We served on the Personal Injury sub-group of the Insurance Fraud Taskforce.

To support our campaigns, we are frequently asked for information, statistics and evidence. Accordingly, we look to our membership for assistance – the importance of which cannot be underestimated. The type of things we will look for include:

Some of the issues we are actively campaigning on include:

Fraud benefits no one. Consequently MASS fully supports actions which will deter and reduce fraudulent behaviour in the claims process and so reduce the costs associated with fraudulent activity. We have always worked collaboratively with all sections of the claims sector to determine effective and practical solutions to the problems around fraudulent behaviour faced by the sector and we will continue to do so.

In October 2011 MASS instigated an industry wide discussion forum (including the Police, Insurance Fraud Bureau and National Fraud Authority) to openly examine the main issues surrounding fraud within the claims process and whether the industry can work together to address them.

Following directly negotiating with the Association of British Insurers (ABI) for many months, the ‘askCUE’ PI enquiry service was established from June 2015, significantly improving data sharing at an early stage between insurers and claimant solicitors.

MASS has opposed unfair rises in the small claims limit (SCL) for personal injury claims for many years. Between 2005 and 2007 we successfully convinced the Government that raising the SCL would be detrimental for the accident victim and their access to independent legal advice. This was supported significantly when we handed a petition of 30,000 letters of support from accident victims to 10 Downing Street.

Having provided written and oral evidence to the Transport Select Committee in 2013 in the face of a proposed increase, and backed by an extensive media and political campaign, the Government decided not to proceed, having listened to the recommendations of the Committee.

The issue of a significant increase is once more back on the table as part of the Government’s latest round of proposed changes to the whiplash claims process, to which MASS continues to campaign against.

We have campaigned for many years on the unfair and dubious practice of insurers offering claim settlements before having considered any independent medical reports. In our view, this practice has directly fuelled a culture that there is easy money to be made from fraudulent whiplash claims. We are pleased that this practice is finally to be banned by the Financial Conduct Authority under measures introduced in the Civil Liability Bill.

MASS has long campaigned for this practice to be banned. We strongly believe that the practice of insurers contacting the claimant direct and actively encourage them to settle their claim quickly and without seeking independent legal advice is not only unregulated but wrong, potentially having detrimental effects on the accident victim and their right to justice.